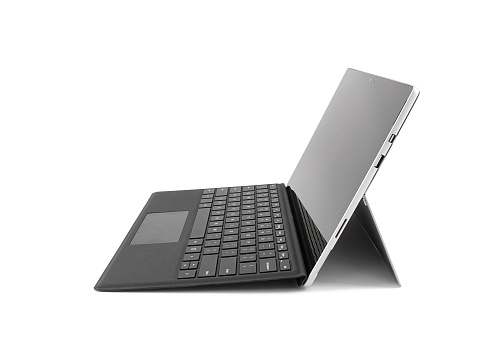 Trouble for the tech giant

This is good news especially since the company is making the replacements for free, but for only those devices experiencing the mishap within three years of purchase. In their web page called Surface Pro 4 screen flickers [https://support.microsoft.com/en-us/help/4230448/surface-pro-4-screen-flicker], Microsoft said that their top priority is to create the best products and experiences for their customers. Further, the company noted that they have heard their customer’s complaints and that’s why they have come on board to address these issues. After some investigation, Microsoft determined that some of the affected Surface Pro 4 devices could not be repaired with driver updates or new firmware.

Surface Pro 4 users who are experiencing the flicker are advised to first install the latest Surface and Windows programs to ensure that this is not the cause of the flickering. Surface and Windows updates are designed to keep any device running in an optimal state. If the issue persists, consumers should contact Microsoft Support. Once they verify that the device is certified as one of those that will require a replacement, the exchange process is set in motion.

Getting your Surface Pro 4 replaced or repaired

For those shipping their devices out to Microsoft for repair or replacement, it typically takes about 5-8 business days for the tech giant to get your broken device. The time to repair or replace it can vary depending upon several different factors. Microsoft has also promised to refund the warranty fee to customers who paid for a warranty fee to repair their device. In order to get a refund, customers must contact Customer Support for validation. Microsoft is committed to delivering great products and services to their customers.

Information about the flickering screen issue came to the attention of Microsoft after Consumer Reports, a non-profit organization that offers product ratings, said that they could no longer recommend Microsoft Surface products because the device did not perform as expected. As any serious service provider would do, Microsoft did a thorough examination, made their own findings, and came up with a resolution to have the screen replacement performed for free.

Further, Consumer Reports learned about the flickering screen from surveyed electronic owners who said that their Surface Pro had too many problems and that they would not recommend it. Experts have been concerned that the Surface Book Laptop may be more likely to have screen failures as compared to other competing brands. To date, this has not been the case, but it has caused sales of these products to decline.

Microsoft’s decision to replace the flickering screens for free might not be the immediate solution that will stop future damage, but they are hoping to mitigate the harm caused by negative reviews of the Surface Pro devices. Nothing raises the spirits of a devoted customer or consumer than a company that acknowledges fault on their part and gives a remedy with no strings attached.

Many companies, especially those in the business of electronic devices, handle these types of issues poorly. They often spend months denying that anything is wrong. Then, later they make the method of repair and replacement so complicated that users get frustrated. Some warranties are felt to be useless due to these and other problems that people have experienced over the years. Consumers often complain that no one seems to qualify for the free repair services.

However, with the Microsoft Surface Pro 4, the steps were purposely made simple and straightforward. This encouraged those affected to give the company a second chance to do it right. Often, this type of issue can turn off consumers to a product or even an entire brand, but Microsoft has made every attempt to do the right thing.

The Microsoft design team has taken these problems into consideration when developing new versions of the Surface Pro. For the future, Microsoft products should have very clear and reliable screens that will last for years with no problems. The company seems to have learned an important lesson throughout this ordeal.

What Microsoft has done by launching the Surface Pro 4 Replacement Program is not only a wise corporate decision, but a show of gratitude and humility to their consumers. This is probably a major reason why Microsoft customers are loyal to this brand. They expect perfection from the company and do not accept anything less.